JUST WHEN YOU THOUGHT IT WAS SAFE TO EAT FRUIT SNACKS 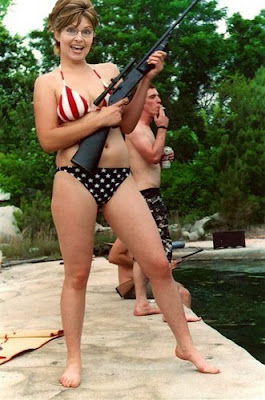 "Sarah Palin, the former Alaska governor and Republican vice presidential candidate, has finished her memoir just four months after the book deal was announced, and the release date has been moved up from the spring to Nov. 17, her publisher said.

"Governor Palin has been unbelievably conscientious and hands-on at every stage, investing herself deeply and passionately in this project," said Jonathan Burnham, publisher of Harper. "It's her words, her life, and it's all there in full and fascinating detail."

Palin's book, her first, will be 400 pages, said Burnham, who called the fall "the best possible time for a major book of this kind."

The book now has a title, one fitting for a public figure known for the unexpected — "Going Rogue: An American Life."

Harper, an imprint of HarperCollins, has commissioned a huge first printing of 1.5 million copies."