Thank you to MR. MICHAEL CHANEY of DARTMOUTH COLLEGE for naming DOGZPLOT as one of the 10 BEST lit journals for very very short fiction...

http://michaelalexanderchaney.com/2013/09/06/top-ten-literary-magazines-to-send-very-very-short-flashes/
Posted by DOGZPLOT at 11:26 AM No comments: 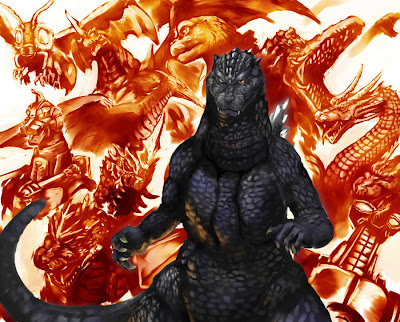 Cowboys and Indians fought a winner-take-all, no-holds-barred battle royal once before and we all know how that turned out, so this will be no different. The American Cowboy, master of the western frontier, proud, loyal, patriotic to a fault. And that's the problem here. Considering the Eagle is the national mascot, the faithful Cowboy will refuse to attack. But the mighty Eagle, always on the hunt, roaming the Earth (skies) as a lion, seeking whom he may devour (those who have ears let them hear) will attack the moment it senses weakness. But their effort is all in vain. The Giant, waiting patiently, Godzilla like in its fierceness and fury, its power and willingness to return its opponents to ash, will grab them both, quickly, ferociously in one fell swoop. Skin them. Make them bleed.

This is an interesting division. Lots of birds, which usually fair well in these battle royal scenarios, but here's why this time it's different. First things first, a 49'er pick axe cracks right through the skull of the lowly Ram. And it's over. Now the birds. Unlike other battle royal ready winged warriors, Seahawks and Cardinals aren't predators. They spend quite a bit of time on land looking for food. And that will be their downfall. The 49'er. Goldminer. Trapper. Hunter. Fisher, Gatherer. Will easily use the tools at their disposal to trap both birds and squeeze the life out of them. Without mercy.

Sad news for Packers fans. They don't really have a mascot and no one really knows what the fuck a Packer is so I will just say that, Packer man, whoever you are, you die first in this scenario. From there a number of different scenarios could play out but this is the one I'm going with. The Viking is strong, one of the greatest warriors in the history of the world and if this were a battle royal of historical armies you couldn't go wrong siding with a Viking. But here's what happens here. The Viking gets caught off guard, double teamed by both Lion and Bear. The faster, hungrier, greedier Lion gets there first and hits hard, ripping the shit out of that Viking, but not without giving him a moment to react, a second to deal a fatal blow. And he does. But not without being left severely wounded, leaving the great Bear to tear apart their flesh and feast on their innards.

Sure, we get it, Saints are sinners like the rest of us, but with no weapons but holy water and a Bible, they get their bones crunched and their lungs punctured pretty quickly by the Panther, and their limbs pulled apart and eaten. The Bucs sit back watching, waiting for the right moment to fire. And they do. The Panther drops dead next to the Saint carcass and begins its slow ride to decomposition. And the Bucs rejoice in their victory, beers and wenches all around, but they've forgotten about their final opponent, the always watchful Falcon, sharp, acute, heartless. The Bucs party hard. Collapsing from syphilis and rot gut rum. And they never wake. The Falcon swoops in and slowly, meticulously, picks apart the pirates, one peck at a time. One eyeball. One piece of flesh. And then there was one.

Based solely on size, strength and confidence from early dominance and superiority, the Giant fears nothing. He pays no attention to the Bear attacking, killing, and eating the 49'er at his feet. His only focus is the pesky Falcon, overconfident from past triumphs, pecking in vain at his face. He grabs it. Squeezes it. Crushes it. And lets the remains fall slowly to Earth. The Bear feels the bird's remains fall flat against its face, but due to his meal, barely notices. The Giant barely lifts his foot, then crushes the Bear beneath it. Game over.

This is really no contest. Titans have already overthrown Zeus and his mighty lightning bolt reliant Chargers. Even if we consider them not as immortal Gods who ruled over the Golden Age, but merely as vengeful and bloodthirsty entities capable of destroying anything in their path, we realize this battle will be bloody and very short lived 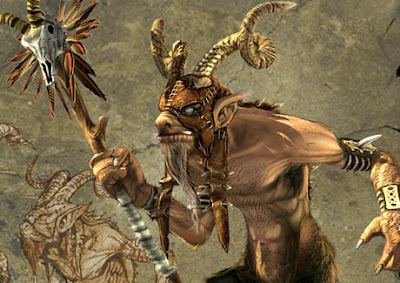 In spite of their intimidating appearance, Buffalo have already proven themselves to be pretty fallible, allowing their species to all but disappear at the hands of early American settlers. They are the first ones eliminated. Next are colonial-American Bostonians with their shitty muskets and clam chowder. Their tea party shenanigans will never hold up in a cut throat twenty-first century battle royal. Now the obvious choice is a Jet. What can stop a Jet? What can defeat an F-16 or an SR-71? In this group? Nothing. But... nothing has to. Don't underestimate the wisest and most enlightened of us mammals, the Dolphin. They will simply glide beneath the ocean's surface, underestimated and forgotten, until the human controlled Jet runs out of fuel, the Jet crashes, the pilot is critically injured but manages to survive. Without medication, food, or water the pilot's health deteriorates until infection sets in and food and water run dry. The Dolphin will then reemerge and remind us all of it's superiority.

As with the case of the Buffalo in the AFC EAST the first to go in this battle will be the Bronco. It's unfortunate, but with modern weapons and technologies available to some mascots and supernatural abilities available to others, I just don't see how animals can win an unfair fight. The interesting matchup here is the Chief vs. the Raider. Warrior vs. Pirate. Seafarer vs. Nomad. This battle comes down to intelligence. The Raider will be extremely reluctant to leave its terrain. The water and the ship are crucial to their victory. But the spiritually superior Chief has patience on his side. He will wait, ready, alert and the exact moment the Raider abandons ship to enter unknown territory, that's when its over. Superior hunters and warriors on their home turf, the Chiefs wins that matchup. The wild card here is the Charger lightning bolt. How does that come into play? Depends on your perspective. Or does it? If you believe in God, a higher power, a deity who controls the wind and stars and sun and lightning, then Zeus sits on Mt. Olympus reigning the bolts down and destroying the Chiefs at will. Too bad America is a nation that believes in the separation of church and state. Sure, for now the lighting bolts don't do much. The Chief dies in the same fashion as the the poor Jet pilot. Dehydrated and starving, waiting for a fight that never comes.

Remember what I said about animals not winning? Scratch that. The hard knock Pittsburgh Steeler mill man is tough, and put in a battle royal of humans fighting to defend the toughest American cities I'd give them a legit shot, but not here. Maybe the Steeler could defeat a dog or whatever the hell a Brown is, but that's where it ends. Steeler beats Brown, then it's over for him. Man has no ability to pull a Raven from the sky and kill it. And Man vs Bengal tiger? We know how that one will go. So what's left? Tiger vs. Bird. How will this play out? I'm not sure. Maybe it can't. A tiger will fight but a bird is too smart to get in its way. Maybe. Or maybe when faced with starvation the Raven will attempt to pick on the tiger. I can't call it. If its a starvation battle, a tiger can last longer than a bird. This conference is boring. Not a lot of action although all competitors are strong and battle ready.

Unfortunately, this will be the most lopsided battle royal in any division. We have a Texan, the most ignorant and backwards of all Americans, and a Colt, which can't put up much of a fight. The mindless, senseless Texan will shoot it just to shoot something. Now the Jaguar. A mighty creature by any standard. It could easily chew up and swallow a Texan, but humans don't play fair and Texans carry guns. But that leaves the Titans and what short of a God can defeat a Titan? Not a mere mortal. We will be beaten, tortured, and promptly devoured.

Although a monster in their own division, the Bengal falls quickly here. The Animal Kingdom is no match for some of the greatest forces of the universe. Even the humble, quiet Dolphin is susceptible. When electricity meets water we all know the outcome. So this is it, the moment of truth. Is there a God or not? You decide. Quickly. Too late. I decide for you. We're scientists now. You get what you've asked for. No Zeus to control those bolts. The Titans storm the mount, ride the lightning, and put them safely into the ground. And do so easily.