GOTTA GET YOU SOME 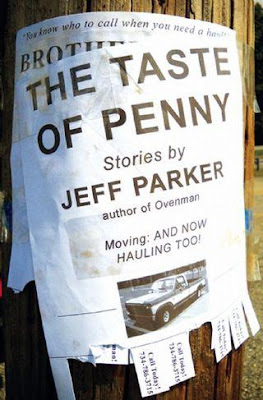 Ten dark, suspenseful, and tightly wound stories teeter on the edge of catastrophe and the surreal piecing-back-together of life afterwards. Parker (Ovenman) tosses his characters into some form of peril, whether physical—like the narrator of “Our Cause,” who loses the tip of his tongue—or emotional, like the jingoistic American in “The Boy and the Colgante,” who erects a giant illuminated American flag in front of his house in the heart of “French redneck” Quebec. Parker's characters are disfigured or pitiable—one weathers guilt and emotional torture while paralyzed in a wheelchair, one gnaws at his fingers and attempts to excrete a swallowed penny, one stands in line outside the house where his ex-girlfriend is interviewing potential new boyfriends. Parker's prose is concise and quirky, packed with unexpected turns (“It's like yak butter or meat jelly,” says one character. “You don't know exactly what it is but you know it's there”), and aside from the few moments when Parker gets too clever for his own good (as with the unnecessarily obscure “The Briefcase of the Pregnant Spylady”), these stories are haunting and constantly surprising. (Apr.)
Posted by DOGZPLOT at 5:44 AM No comments:

THANKS VERY MUCH TO EVERYONE... 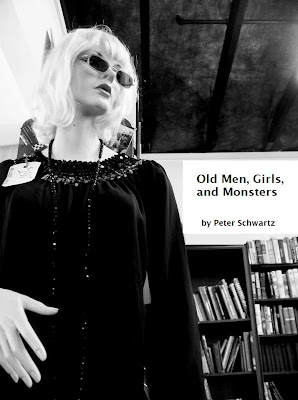 BLUE PRINT REVIEW
http://just1m.blogspot.com/2010/02/peter-schwartz-old-men-girls-and.html
Posted by DOGZPLOT at 7:50 AM No comments:

February marks the official two year anniversary of Orange Alert Press. It was two years ago this month that Ben Tanzer approached my with his second novel Most Likely You Go Your Way and I'll Go Mine. To celebrate that spark of genius and to clear my closet of the 60+ copies I have left I am announcing a FIRE SALE! For the month of February I will be selling copies of Ben's book for just $6 (plus $3 shipping). They will be available on-line, but also at a few select events this month including The Torn Pages Event on Feb. 13th and the Orange Alert Reading on Feb 21st at The Whistler. Also, the first person to name six writers in the above video will receive a free book (put your guesses in the comments section).

"Most Likely You Go Your Way and I’ll Go Mine is an honest, funny book whose depiction of dating angst in the nineties will ring true for those of us who were there, and likely win plenty of new converts for this talented Chicago author." - Matt Staggs (Enter The Octopus)