Another great issue of PRICK OF THE SPINDLE. here's just a quick mention of some of what you're getting. Read the rest HERE.

Jennifer Juneau
Prelude to the Afternoon of a Faun

Peter D. Kramer
The Name of the Helper

Reprint in Memoriam:
Cami Park
When You Heard

Scott Tucker
Ousmane Would Like to Go Nightclubbing with Cadiatu

Valerie Vogrin
Apologies
Posted by DOGZPLOT at 11:57 AM No comments:

SMALL PRESS HOLIDAY RECOMMENDATIONS. THANKS FOR THE SHOUT OUT BEN

Here are holiday book recommendations from BEN TANZER, JASON JORDAN, aand a few others over at KAREN THE SAMLL PRESS LIBRARIAN blog.

Today’s small press picks come from New York, Louisville, and Chicago. Long before making her acquaintance, I remember poet Maggie Balistreri’s brilliant chapbook The Evasion-English Dictionary (since picked up by Melville House) from the consignment shelf at St. Mark’s Bookshop. Later I was thrilled when I heard she was going to library school, and again when she got a job as a librarian at the Poets House, now located in Battery Park City. Fiction writer Jason Jordan was the Beard Guy I used to see at all the New Yinzer literary events, but I finally met him officially when Amy Guth came into Pittsburgh for a reading. I remember seeing Amy talking to Jason at ModernFormations: Realizing how well she knew Beard Guy from cyberspace was one of the first moments I understood the extent of the online small press community. Jason has since left Pittsburgh and I miss seeing him around. I met the always-hilarious Ben Tanzer when Scott McClanahan suggested I arrange a reading for him in December 2009: Ben (a fiction writer based in Chicago) was coming through Pittsburgh en route to a reading in West Virginia. I got Savannah Schroll Guz involved, and the resulting reading launched the Seasonal Shorts reading series, now held four times a year in Pittsburgh (and run by Savannah). Thanks to Maggie, Jason, and Ben for sharing their Small Press Picks today:

READ THE PICKS HERE
Posted by DOGZPLOT at 11:52 AM No comments: 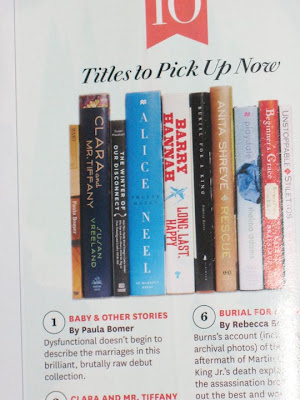 Another excellent issue. I'd start with the fiction and work my way from there. PRICK OF THE SPINDLE 4.3
fiction

April E. Bacon
When the Sun is Glorious

Heather Fowler
A Companion to Minnow Lake: A Novelette

Cami Park
When You Heard

Kathryn Megan Starks
When You Hear This Sound
Posted by DOGZPLOT at 12:47 PM No comments: 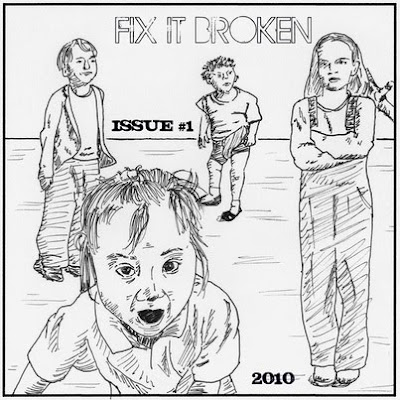 Harper's majestic, yet eerie story about a man, his wife, a secluded island, and the mesmerizing remnants of a whale carcass, has been crowned Issue #1's Fashionable Fiction Winner. Kristian Woodmansee, of Elusive Designs, did a wonderful job creating the shirt to accompany the fiction piece. Kristian's design captures a sense of simplicity and subtle darkness that we feel pairs nicely with Harper's work, and of course is just plain cool to look at and wear. Shirts are limited, but they are for sale ($12) at Elusive Designs. All profit derived from shirt sales will act as a donation to FIX IT BROKEN, so that we can maintain our goal of bringing you quality fiction and fashionable t-shirts.

“The Lunatic and the Tiger Shark” – Crystal Beran

“Her Heart is a Screen Door, Too.”- Ryder Collins


Special Thanks to John Dermot Woods for the wonderful cover art, and Elusive Designs for helping create a great first t-shirt. Thanks to everyone who has supported FIX IT BROKEN. We hope you enjoy the first Issue.

READ ISSUE 1 HERE
Posted by DOGZPLOT at 8:28 AM No comments: 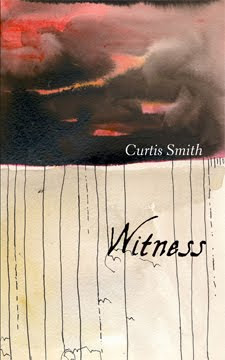 Read a review from the SMALL PRESS REVIEWS
Posted by DOGZPLOT at 8:22 AM No comments:

I know I haven't posted to the DOGZPLOT news blog in a long time, but I'm gonna get it up and running again as soon as I get back home to Michigan next week. But for now, here's one small piece of news: If anyone is interested in reviewing the book, I would greatly appreciate it. It's a quick 120-ish page read. I'll send you a PDF now and then a hardcopy when it's released. Please and thanks. If so, please email: dogzplot.press@yahoo.com

Nothing or Next to Nothing
a novella by
Barry Graham

Barry Graham received his MFA from Rutgers University, where he currently teaches writing. He is the author of The National Virginity Pledge, which was a finalist for the NGI Book Award for Short Story Fiction. One of the stories therein was awarded the 2009 Jumpmettle Award for Excellence in Fiction, and two other stories were nominated for the Pushcart Prize. Graham is the flash fiction editor for DOGZPLOT.

After finding their mother dead at the breakfast table and subsequently being abandoned by their father, half-brother and sister, Derek and Daisy Kehoe are left to fend for themselves. Their relationship quickly suffers from patterned violence, abuse, and neglect, until Daisy herself disappears under curious circumstances. Derek slowly gets his life in order, finding stability through college, a steady relationship, and money he inherits through a series of botched armed robberies. But of course, nothing stays stable for long. Everything and everyone in Derek’s life has an ulterior motive, reasons for embracing him and reasons for throwing him away.

In a world in which nothing or next to nothing matters anymore, Barry Graham's hero Derek is doomed because he hasn't erased his last shred of decency yet. He suffers abuse, heartbreak, beatings, and ultimately the loss of the only person he ever cared for, because he can't believe in a world where a McDonald's restaurant might be the last church, and an okay BigMac our last prayer. Graham's book is an elegy to something we've lost without noticing or caring. It's a mean punch to the chin; it floors you, and still you'll be glad you took it.
--Stefan Kiesbye


Read the prologue in its entirety HERE

Any orders would be very very much appreciated. Please and thanks.