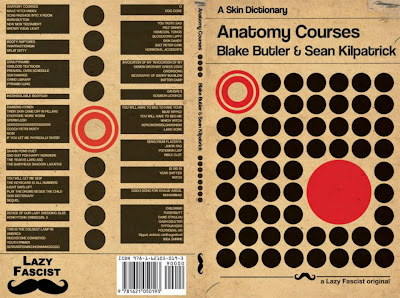 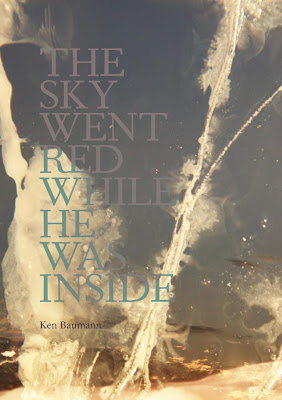 Ken Baumann - The Sky Went Red While He Was Inside
Posted by DOGZPLOT at 1:00 PM No comments: 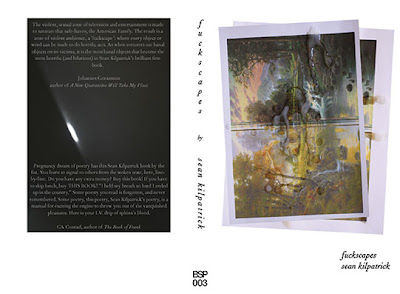 “The violent, sexual zone of television and entertainment is made to saturate that safe-haven, the American Family. The result is a zone of violent ambience, a ‘fuckscape’: where every object or word can be made to do horrific acts. As when torturers use banal objects on its victims, it is the most banal objects that become the most horrific (and hilarious) in Sean Kilpatrick’s brilliant first book.” – Johannes Goransson, author of A New Quarantine Will Take My Place
“Pregnancy dream of poetry has this Sean Kilpatrick book by the fist. You learn to signal to others from the woken state, here, line-by-line. Do you have any extra money? Buy this book! If you have to skip lunch, buy THIS BOOK! “I held my breath so hard I ended up in the country.” Some poetry you read is forgotten, and never remembered. Some poetry, this poetry, Sean Kilpatrick’s poetry, is a manual for exciting the engine to throw you out of the vanquished pleasures. Here is your I.V. drip of sphinx’s blood.” – CAConrad, author of The Book of Frank
excerpt:
dolemite
motherfucker my stains dance
in trumpet cast clouds
by faint progression like torn
skin off money
ho
physicians break my caravan
to crave a scalp this
low
bitch I doggy paddle the stars
in jars of petty absence
where love most is I slapped
a straight jacket on and got fancy
in the cunt of evenings gone
overture of pockets now
swiping my balls on god
Posted by DOGZPLOT at 4:17 PM No comments: 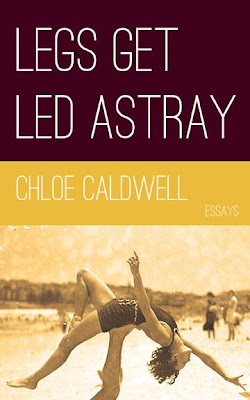 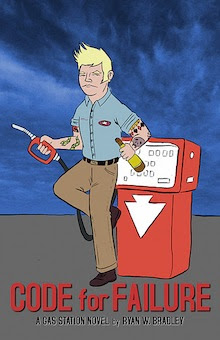 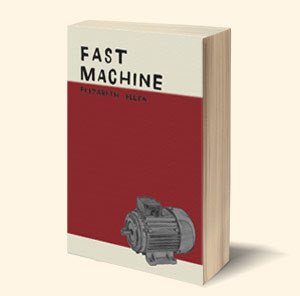 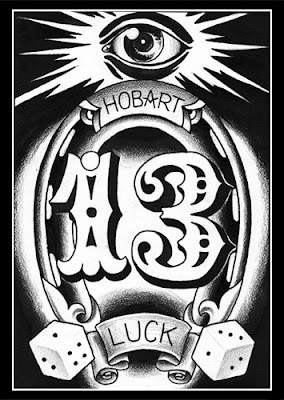 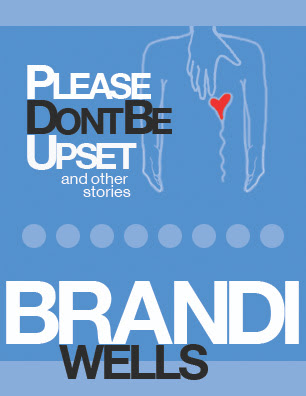 Posted by DOGZPLOT at 1:21 PM No comments: 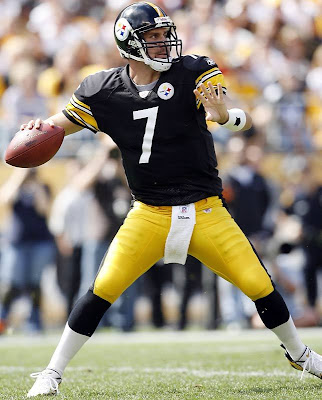 Cincinnati isn't as strong as they should / could be, but there are just too many injuries on the Texans side. If it was Houston mid-season I would say this is a no-brainer, not only would Houston win this one, but they may have been able to get all the way to the AFC Championship with a first round bye. But all that's gone. Sorry Houston. Next year is yours to lose though.

Saints are at home and the Lions are two years away from prime time. New Orleans takes this one, but not as easily as people are thinking.

Something is wrong here that a very mediocre Broncos squad gets home field over a much much better Pittsburgh team, but that's the way it goes. Even with home field, and the miracle of God and Heaven shining down on Denver and Tebow. Their time is up.

This may be the hardest game to pick. I like Atlanta's run game here, but New York has a way of winning in the playoffs when you don't think they can. And they are at home.

Winner: New York Giants
Posted by DOGZPLOT at 10:50 AM 2 comments: 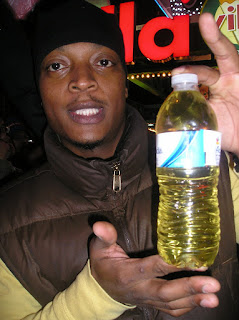 Feet were killing when we got there. Tired as fuck. Back hurt from carrying a heavy ass back pack all day. Legs hurting more than they should because I'm a lazy bastard. But all that aside. The night was pretty bad ass. Thousands and thousands of people. Maybe millions. Met lots of silly ass people. Surprising, lots of French folks. One of which had no trouble digging in her nose and rolling the boogers around on her fingers like no one noticed or gave a fuck, but I guess if she didn't why should we? French, Ukrainian, Korean, Indian, Japanese, Australian, everyone from everywhere but Manhattan.

People were pretty packed in by 8pm, too tight. Saw Drake for like 10 minutes. The policed barricaded us in then proceeded to push us all around like assholes, but whatever, it lead to maybe my favorite moment ever. The guy, pictured above, standing beside me, taps me on the shoulder, like "ay man, you mind if I take a piss right here?" "I don't know man, I don't want that shit splashing all over me." "No, I got this bottle and my penis hole is pretty small." "Alright, man, go ahead." So, my man, proceeds to piss in the bottle. Some people watching and giggling, some people turn away appalled. This one dude kept pretending to look away but turned his head every two seconds to see his dick. When he finished I asked him if I could get a pic with him holding the bottle. And he obliged. He seems too proud in the pic maybe, like a kid catching a first fish. Anyway, I was happy about it. He put the bottle in his pocket and his wife kept hitting him and stopped talking to him for maybe a half an hour. Awesome.

Then shit got weird. The police decided to make everyone squeeze in even closer, so they pushed everyone back. Crowd wasn't feeling it. Lots of angry exchanges between civilians and cops. Then everyone started acting silly. People lighting weed up everywhere, everyone trying to smash through the barricades until they were snatched up. At least ten fights broke out just in our area. More cops came, then more cops, police dogs, screaming, chaos. Some lady passed out drunk and the ambulance came. Everyone clapped when she got back up. People breathing and sweating into other people.

Then, of course, someone tried squeezing in way too close and fell off the sidewalk into the crowd. People were falling over. Everyone starts pushing. Police yelling. People screaming back, pushing harder. People falling everywhere and cracking their heads. Arrests were made. Random threats made every few minutes. Everyone got squeezed in so tight, no one could move. Women were crying, pets were getting trampled, kids getting separated from their parents, people getting drug out of the crowd before/while fainting. No one could move. At some point I heard a girl yell, "haha, you're that guy who pissed in the bottle, awesome." Everyone's body parts were on someone else's. Every couple minutes women yelling for people to stop touching all up in their ass. One of them I felt particularly bad for was a 15 or 16 year old girl who was very nice and friendly but somehow got separated from her father and was smashed between six men and she was one of the females who kept yelling about her ass over and over. Trash piling up, broken bottles, more weed. More police. People yelling about their pockets getting picked. People squeezed even tighter. At some point my arm got pinned behind my back with no way to move it. People kept yelling that they see Lady Gaga. Silly shit.

Then, like magic, people started counting down and somehow, loosening up. People jumping up and down, screaming, noisemakers, counting down, ball dropping, fireworks, and the world made total fucking sense and it was 2012 and I loved life and everyone seemed glad for a solid two minutes.

Then it was time to clear out and it was as expected. People and police and trash and piss and vomit everywhere. People finding food and cabs and trouble and shit was real. All of this happening on every block and side street all over the city.

Everyone saw all this on TV, right? What? Just Carson Daly and Lady Gaga? No way?